The Chinese government sentenced Tibetan language activist Tashi Wangchuk to five years of imprisonment in May 2018.

His crime was speaking to the foreign media about his advocacy for the rights of Tibetan children to learn their language.

As a young Tibetan, Tashi Wangchuk saw first hand the destruction of Tibetan language, the bedrock of his cultural identity.

China’s education policy in Tibet is designed to wipe out the cultural identity of Tibetans and assimilate them into Chinese culture. Tibetans are forced to adopt Mandarin as the primary language in Tibet – whether in government, business and education. This measure runs counter to China’s constitution that guarantees that “all nationalities have the freedom to use and develop their own spoken and written languages”.

In late 2015, Tashi Wangchuk went to Beijing to appeal to the Chinese authorities to protect the language rights of his people. When his plea went unheard, he spoke to the New York Times about his campaign. He was arrested soon after his story appeared in the media.

We are calling on the Chinese government to release Tashi Wangchuk.

Donate to support this campaign

Peppa Pig speaks up for Tashi Wangchuk: A joint action by Amnesty Australia and ATC 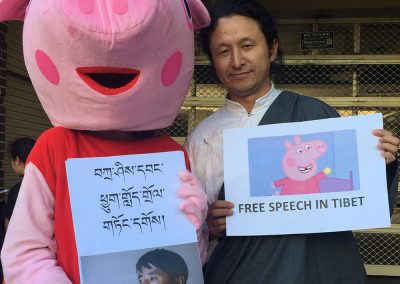 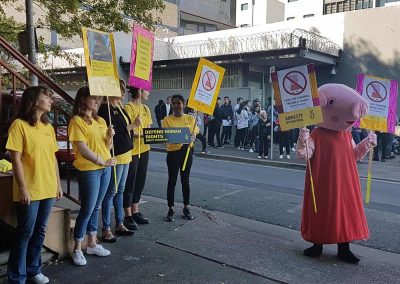 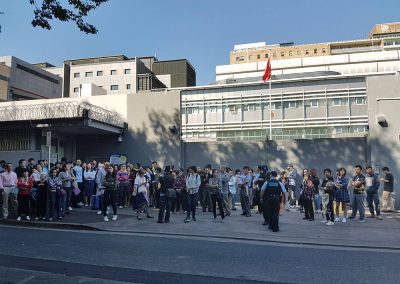 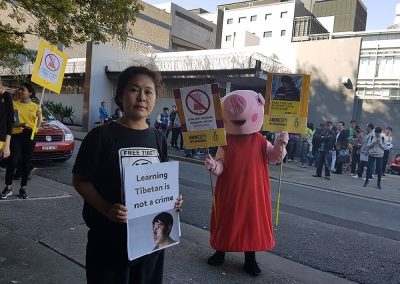