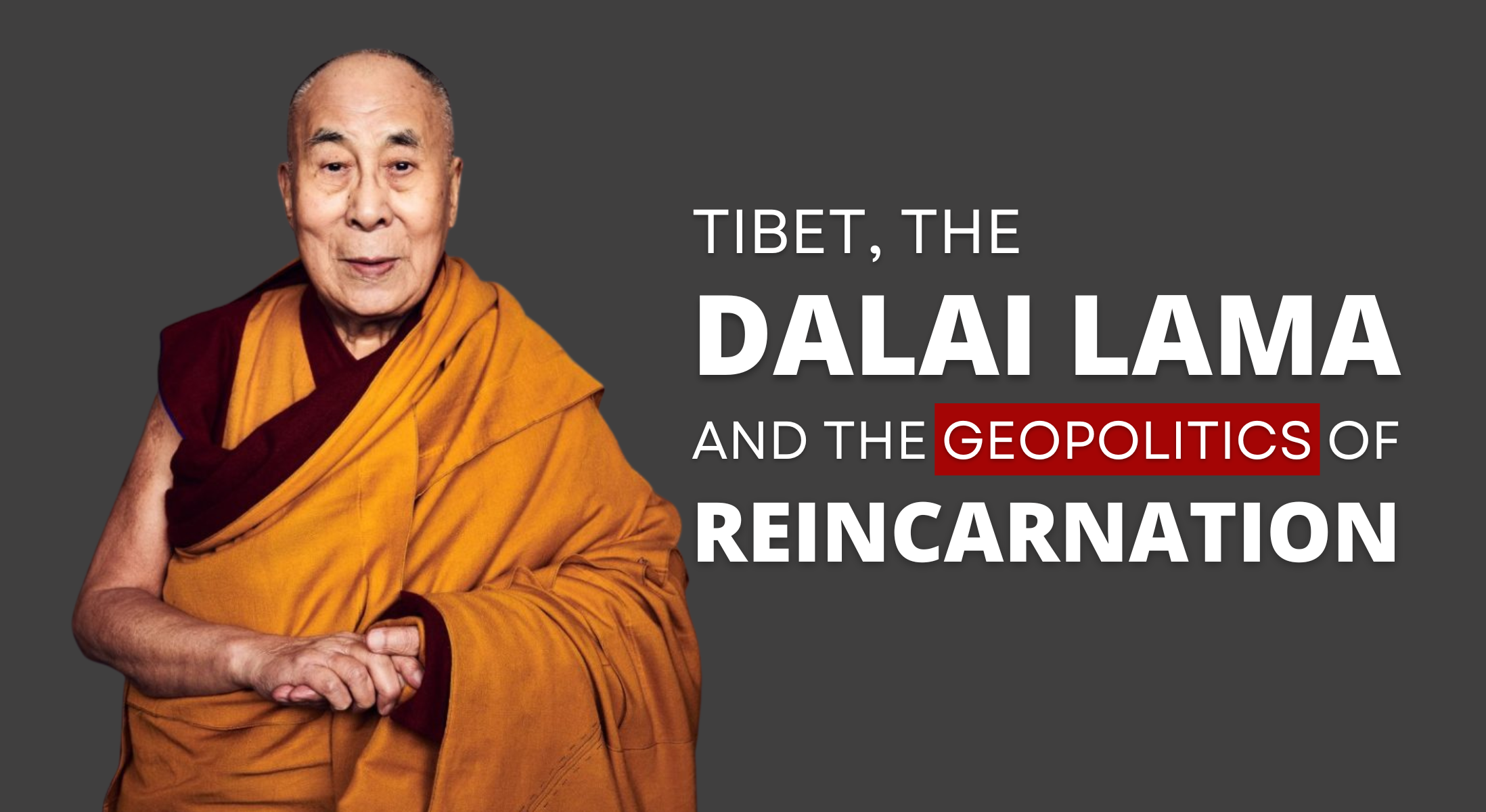 China is accelerating an elaborate strategy to co-opt the reincarnation of one of the world’s best-loved and most deeply revered spiritual leaders, His Holiness the 14th Dalai Lama.

In a new 30-page report, ‘Tibet, the Dalai Lama, and the Geopolitics of Reincarnation’, Researchers found evidence of China’s plans to use the passing of His Holiness as a ‘strategic’ and ‘historic’ opportunity for Beijing to end international support for Tibet.

Two, previously unseen, influential Chinese Government policy documents reveal an ominous strategy designed to appropriate and control matters at the heart of Tibetan religious identity and target not only the Tibetan people but also the broader international community as a means to “secure authority in Tibet and build influence across the Tibetan Buddhist world.”

A duel of political and religious forces are being mapped out by the Chinese Government and set the stage for an intensifying geopolitical power contest that has largely been overlooked and is linked to Beijing’s elaborate plans to install an imposter Dalai Lama.

The importance of the 14th Dalai Lama to the future of Tibet is well understood by Chinese Government leadership and these newly discovered papers give a clear insight into the Chinese Communist Party’s anxieties over the ability to maintain stability in Tibet, and the insecurities behind Beijing’s aggressive stance as they double down on oppressive control measures that aim to sinicize Tibet.

One Chinese Government document states that the Dalai Lama’s passing presents China with an opportunity to “escape its passive situation in communicating on Tibet” [2] another paper states that the reincarnation issue “will be unavoidable but should also be seen as an opportunity” [3] and further acknowledges a possibility that “hostile Western forces will make ever more noise about the ‘Tibet issue’ and the international weight of the Tibet issue is unlikely to lessen because of the passing of the Dalai era.”

Tibet, the Dalai Lama, and the Geopolitics of Reincarnation was launched in Geneva at the 51st Session of the UN Human Rights Council this week.

Xi Jinping’s hardline strategy toward controlling the Tibetan reincarnation system can also be evidenced in the recent posting of Wang Junzheng as the Tibetan Autonomous Region Party Secretary. Wang is one of a handful of Chinese leaders to be sanctioned by the United States, United Kingdom, the European Union, and Canada [5] linked to his previous role as head of security in East Turkistan (Xinjiang Uyghur Autonomous Region) where he presided over ‘re education’ camps across the region involving mass arrests, torture, and rape.

Given the Chinese government’s atheist stance it may have been expected that Beijing would attempt to end the institution of the Dalai Lama entirely. However, they have instead developed a strategy to exert control over the Tibetan Buddhist reincarnation system including the insistence that it is the prerogative of China to recognise the next Dalai Lama.

After over 70 years of occupation the Chinese Government continues in its attempt to annihilate Tibetan Buddhism in Tibet by demolishing religious structures, enforcing ideological education on the monks, and unleashing its virulent campaigns against the Dalai Lama labelling him as a “splittist” and a “wolf in monk’s robes”. [6]

Gloria Montgomery of Tibet Justice Center said “China sees this as an end game for Tibet, believing that by imposing their own Dalai Lama candidate they will have completed their ‘sinicization’ plans, and will be a step closer to controlling Tibet and reshaping the Tibetan identity. The international community must urgently take a strong stand against Beijing’s ruthless attack on Tibetans’ right to freedom of religion. Tibetan authority over their own religious practices must be preserved at all costs.”

Lhadon Tethong, Co Chair of International Tibet Network said: “China’s interference in His Holiness the Dalai Lama’s succession has far reaching, global implications. Governments’ careful consideration and engagement with the key recommendations in this report could not be more vital.”

Dr Zoë Bedford of Australia Tibet Council said “Over 1,000 Australians have signed the Australia Tibet Council pledge “to only recognise a Dalai Lama appointed via Tibetan Buddhist traditions and practices, without interference by the Chinese Government.” – we believe the Australian Government must join with other countries to condemn this attack on the institution of the Dalai Lama and take strong action to let the Chinese Government know that we will only recognise a future Dalai Lama appointed via Tibetan Buddhist traditions.”