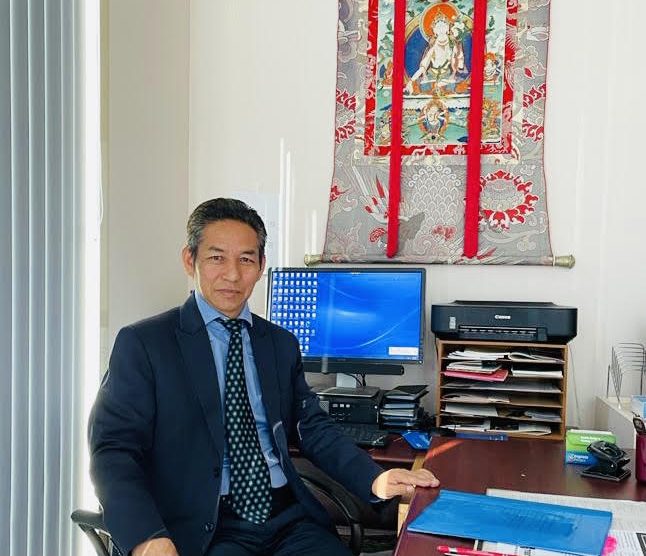 Australia Tibet Council welcomes the new Representative for the Tibet Information Office (TIO) in Canberra  – Karma Singey. The TIO is an official agency of His Holiness the Dalai Lama and aims to create a better understanding of the situation in Tibet and draw attention to the plight of the Tibetan people. Karma formally took over from the outgoing representative Lhakpa Tshoko in a ceremony on 14 April.

Karma was born in a Tibetan settlement in Ladakh, India. He pursued his education at Punjab University and later taught at a branch of the Tibetan Children’s Village before being recruited to undertake training to join the Central Tibetan Administration (aka the Tibetan Government-in-Exile). Since his recruitment into the Central Tibetan Administration in 1995, he has served at different Tibetan settlements in various capacities and most recently worked as Secretary for the Department of Education.

We asked Karma a few questions following his arrival in Australia to take up the post.

Please tell us a little about the work of the CTA and how they represent and help Tibetans in the diaspora.

Right from its inception the CTA assumed responsibility for rehabilitating Tibetans in the diaspora and working towards restoring the freedom of Tibet. The rehabilitation agenda includes three important elements: a) providing education to Tibetan refugee children; b) building a firm culture of democracy; and c) advancing the socioeconomic welfare of Tibetan refugees and laying the foundation for preservation and promotion of Tibetan identity.

Today, the CTA has all the attributes of democratic governance, including the three pillars of Legislature, Executive and Judiciary. And despite operating in exile, it is to the CTA that the Tibetan people, both in and outside Tibet, look to as their sole and legitimate representative.

The recent invitation of the political head of the Tibetan people Sikyong (President) Dr Lobsang Sangay to the White House is a significant development as it amounts to an acknowledgment by the United States Government of the CTA as being the legitimate institution representing the aspirations of the Tibetan people and recognition of the Sikyong as the President of the CTA.

You are now the Representative for the Dalai Lama in Australasia; can you please tell us what the purpose of this office is?

The Tibet Information Office based in Canberra serves as the liaison office for Australia, New Zealand and Southeast Asia. The Office provides information on matters relating to Tibet and Tibetans, including Tibet’s history, culture, religion, environment and all aspects of the Tibetan way of life. It also assists Tibetans living in these regions to preserve their culture and traditions.

We have seen a rise in activism in recent years from people from Hong Kong and Uyghurs – what do these struggles have in common and what do you think the impact will be on Tibet’s struggle?

The Chinese Communist Party (CCP) has been using Tibet as the testing ground for its repressive policies from the moment it occupied Tibet. In fact, it was in Tibet that the CCP implemented many of the harsh policies that have now been replicated and imposed on Uyghurs and the people of Hong Kong. It is clear that a systematic attack aimed at the elimination of the identities of the Tibetan and Uyghur peoples is taking place, including through targeting the distinct language, religion and culture of our peoples. As such, it is the responsibility of the international community and the democratic nations of the world in particular, to stand up against these sinister policies of the CCP. Taking a firm stance against the CCP’s actions now is not only an urgent moral imperative but also critical to defending the liberal values and the rules-based international system against China’s rising domestic and international authoritarianism — as Sikyong Dr Lobsang Sangay has said, the world is now at a very critical juncture where either we transform China or China transforms us.

What are the most pressing issues for Tibet right now?

Tibetans in Tibet continue to experience severe human rights abuses. The Chinese authorities have ramped up their harsh restrictions on the Tibetan people’s religious and cultural life and maintained extensive curbs on access to Tibet by foreign diplomats, journalists and visitors. Commencing in 2019 and 2020, China has introduced new ‘labour policy’ and ‘training mechanism’ initiatives in Tibet which are in fact ploys to expedite the process of cultural genocide against the Tibetan people by intensifying the systematic elimination of Tibet’s unique religious, linguistic and cultural identity.

The recent passage of the Tibet Policy and Support Act (TPSA) of 2020 by the United States marks an important milestone. Such concrete action sends a powerful message of hope to Tibetans in Tibet, and represents a positive development for all those who support justice across the world. I would like to take this opportunity to request Tibetan-Australians and all friends of Tibet in Australia to call on Australian parliamentarians to propose and pass a similar bill in the near future to send a clear message to China and the world.

What is your message to Australians about Tibet?

Australia has a long history of supporting the Tibetan people starting from the early 1960s. Australia is not only home to several thousand Tibetans but also home to dozens of Tibet Support Groups. Your understanding of our plight and sustained support encourages us to continue our struggle towards a just resolution to the issue of Tibet and provides us with hope for the future. I want to take this opportunity to thank all leaders, governments, parliaments, organisations and individuals who continue to support the just cause of Tibet. 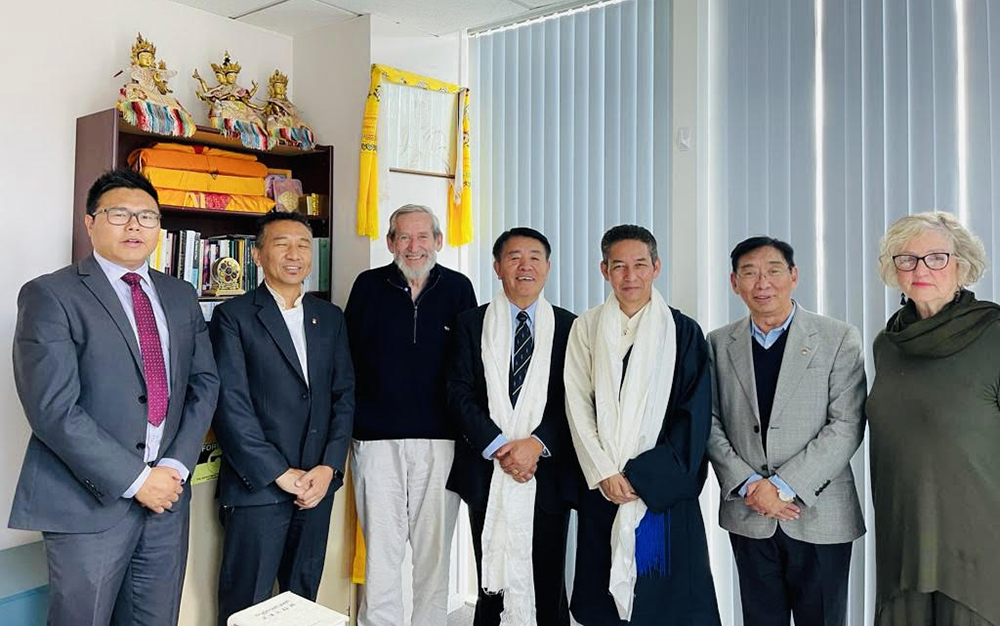 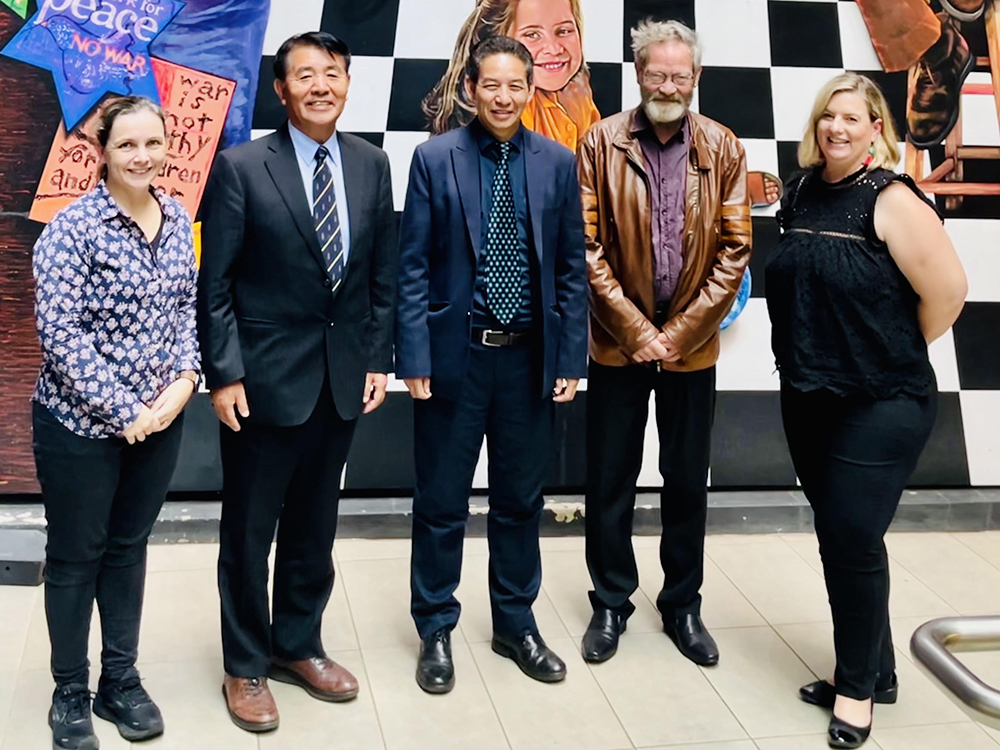