Raising red flags about our unis 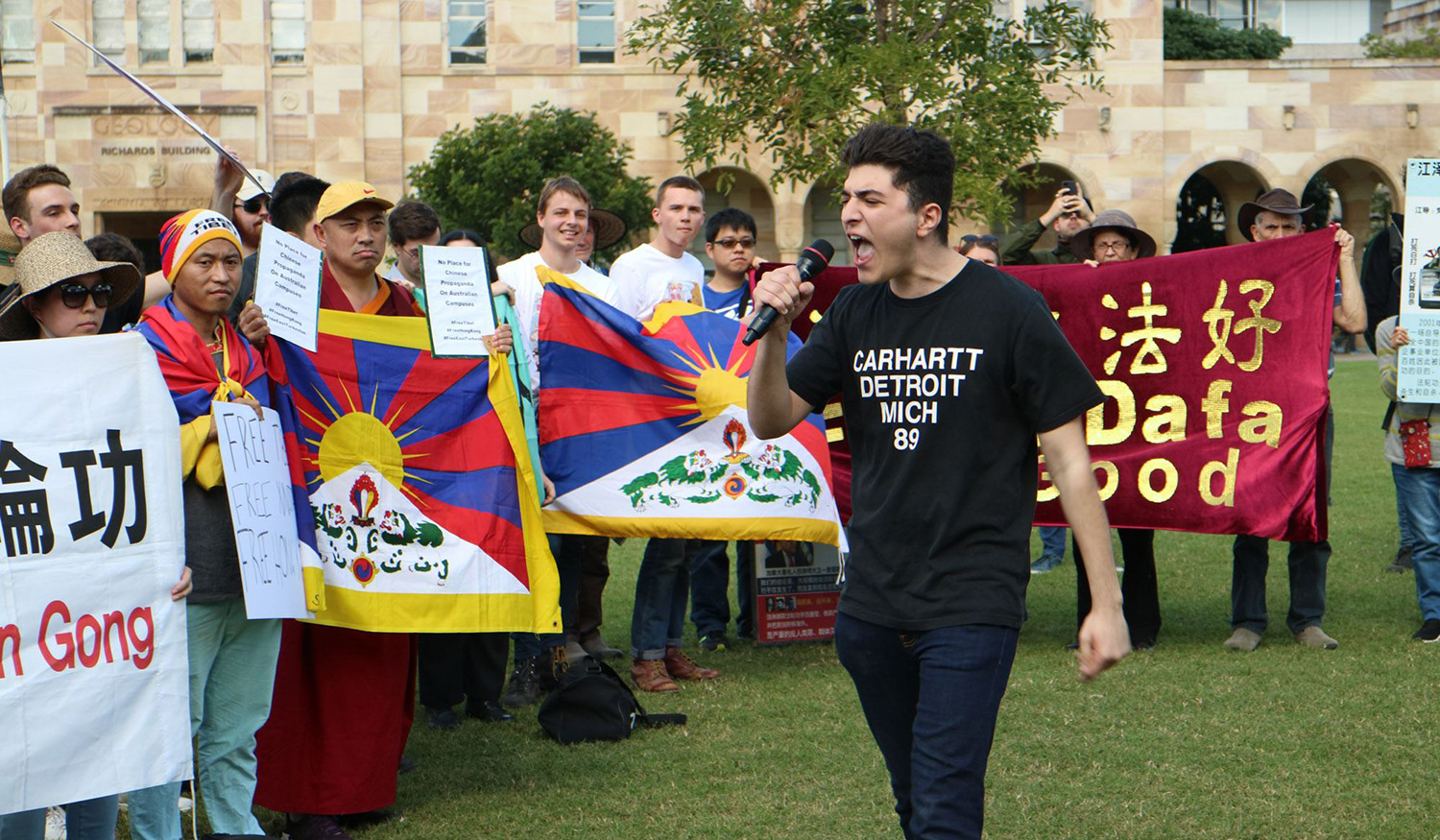 Over 3,000 supporters like you have signed our petition calling on UQ to close its Confucius Institute. Three months on, Vice-chancellor Peter Høj has failed to respond to our petition.

Instead, as revealed by last week’s Four Corners on ABC, he has come out to defend this Chinese government propaganda outfit on Australian campuses. In fact, it has revealed how our concerns should extend far beyond China’s attempts to spread propaganda. Australian universities are partnering with China on sensitive research projects putting Australia’s national security at great risk. Disturbingly, Australian technology and knowledge are being used by China to strengthen its repressive regime to oppress the Tibetans, the Uyghurs and its own Chinese citizens.

If you have missed Red Flags on Four Corners, watch & share widely.

Confucius Institutes are no longer pretending to be teaching Chinese language and culture alone. As new media reports have shown, at UQ the Confucius Institute is now actively involved in appointing Chinese diplomats as uni professors. And it designs and funds curriculum on Chinese economy and politics. At least four UQ courses have received funding from China under Peter Høj’s watch.

It is totally unacceptable that we allow a foreign authoritarian government to decide and influence what our students learn about China and the world. Our campaign to end China’s interference into Australian education is not going to be easy, but we are not giving up.

There are two things that our movement should feel good about. Firstly, we are seeing an unprecedented level of media reporting and exposé on China’s interference in our education system. Raising awareness of this important issue is critical.

Secondly, momentum is building on campuses. University students are leading the campaign on campus. Since the launch of our campaign, we have the great pleasure of working with some of the most inspiring student leaders and organisers at UQ who are challenging their university to end its controversial partnerships with China and protect academic integrity.

We are working with them as we plan the next steps of our campaign in the coming months. Your support today will help determine the scope of our campaign.