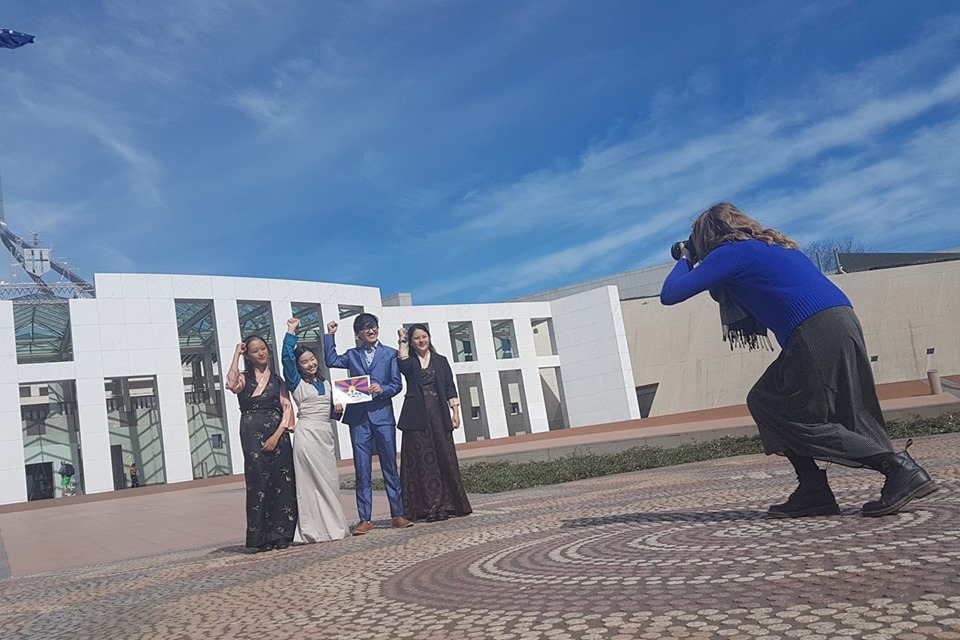 As part of my work with Australia Tibet Council, I travelled to Canberra for Tibet Lobby Day, which involved three days surrounded by such courageous, inspiring and impressive people.

It was my first Tibet Lobby Day and I witnessed what an impactful project it is, powerfully affecting both the Tibetan delegates and the politicians they met with. 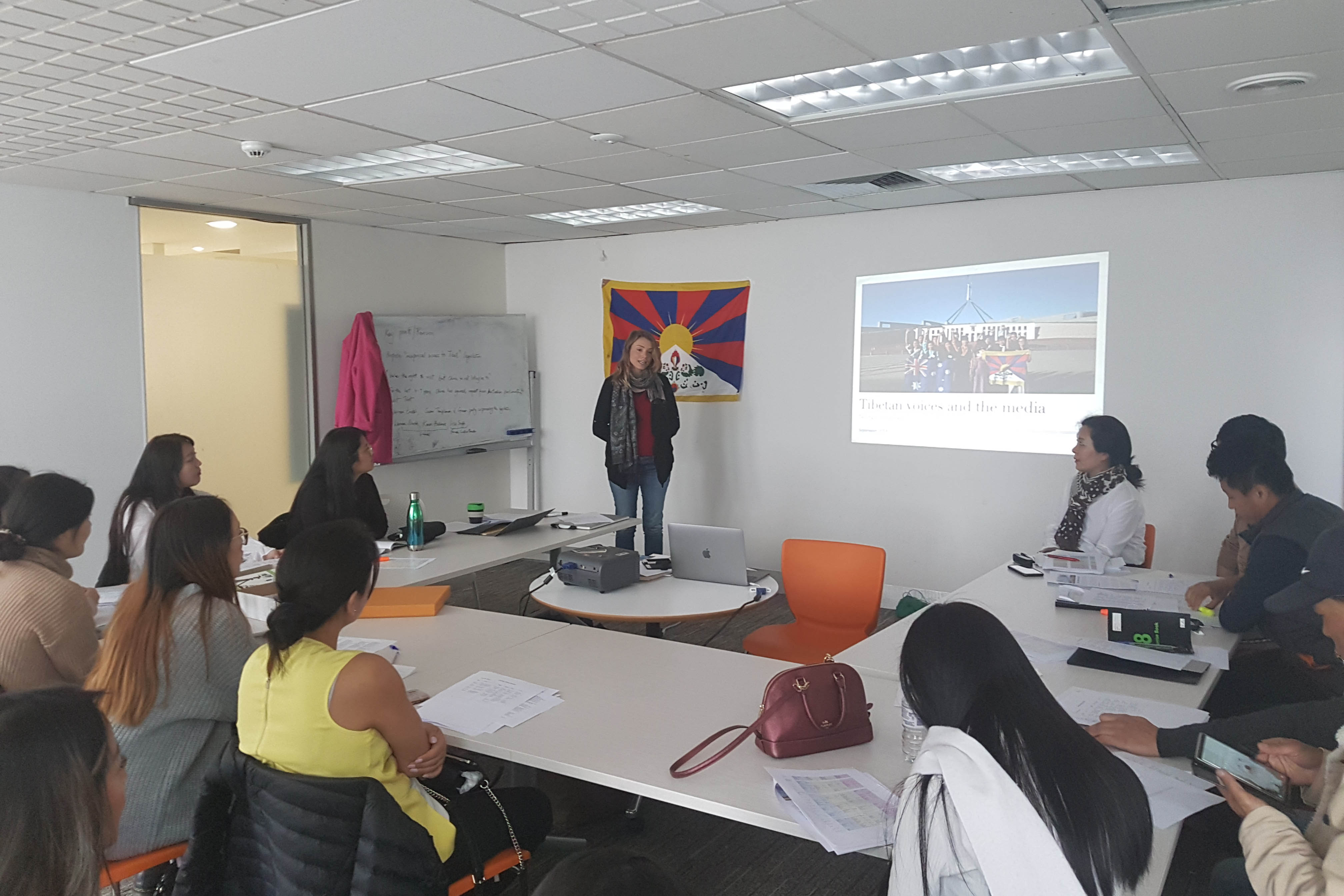 In the lead up to Tibet Lobby Day, I delivered a workshop about using social media and media to amplify Tibetan voices. 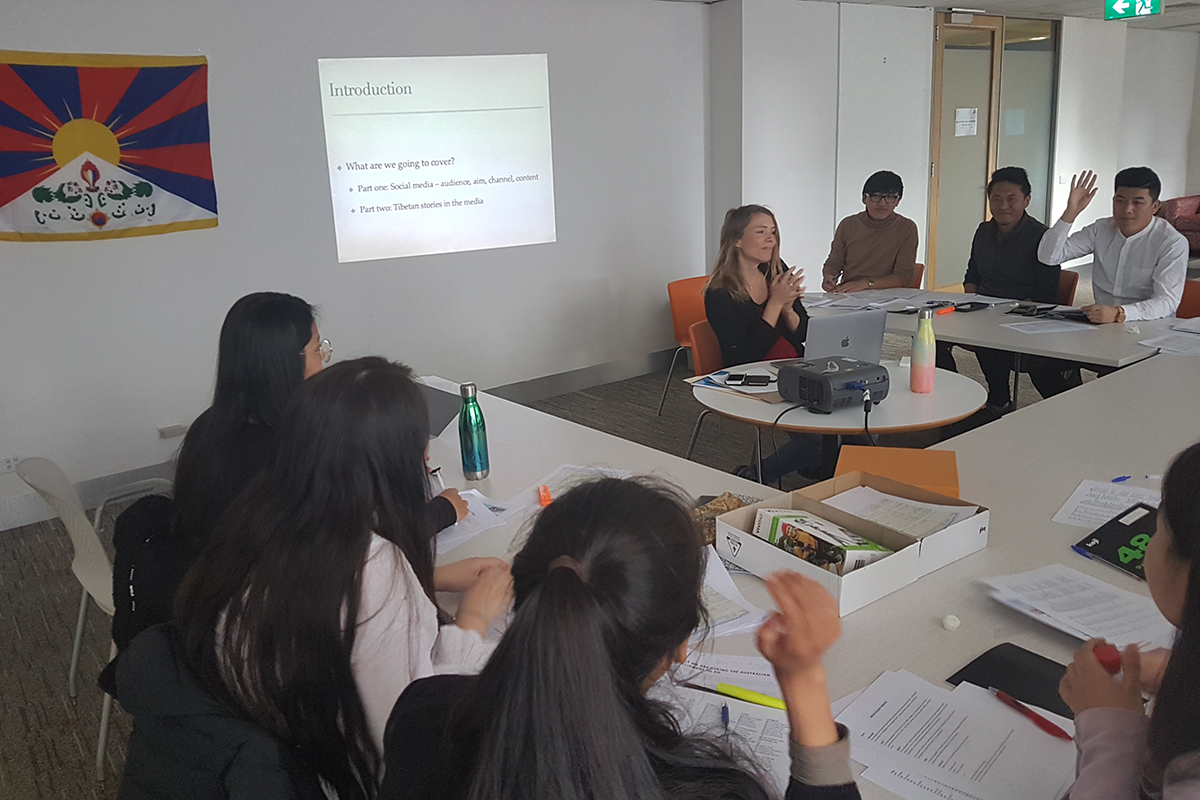 We covered the key concepts to consider when creating social media posts, as well as how to pitch story ideas to journalists.

On 10 September, at Parliament House, the Tibetan delegation met with close to 50 MPs and Senators to share their stories and make the case for why Australia should pass a law pushing for reciprocal access to Tibet.

Tibet is closed off to the outside world. China, the perpetrator of innumerable and unfathomable human rights abuses, wants to keep critical eyes away. The most recent excuse for restricting access to foreigners? They get altitude sickness…

I heard the stories of Tibetans being shot at while trying to flee their homeland, which has become a prison, a prison in which they cannot live their identity, where the Tibetan language is being slowly wiped out and where expressing Tibetan culture can have you imprisoned, where calling for justice can result in torture or death. I heard the stories of Tibetans losing family members and friends this way, both to hidden dungeons and before their very eyes at peaceful protests. I heard the stories of people walking through treacherous mountains, cold and starving, spurred on by the desire to exist as Tibetan or to survive the Chinese wrath that comes for having overtly done so.

“Tibetans inside Tibet cannot come out and Tibetans outside Tibet cannot come in,” one delegate explains. For Tibetans who do manage to escape or who are born in exile to refugee parents, they cannot get visas to go back to Tibet and visit their loved ones. China denies them the chance to see their ailing parents and grandparents, denies them the ability to give a last embrace.

This is why we were in Canberra, to call for reciprocal access to Tibet legislation. Australian journalists, diplomats and tourists should be allowed to travel freely in Tibet and bear witness to the cultural genocide that is unfolding, that has been unfolding for decades.

Tibetan-Australians should be able to visit their homeland. It’s as simple as that.

And if this access is denied, the law would mean that the Chinese officials responsible would be denied entry to Australia as a consequence of not allowing reciprocal access.

Taking photos outside of Parliament House I was asked by a group of Chinese business people to take a photo for them. ‘Sure,’ I said. Then one asked, pointing to our delegation, ‘are they Tibetan?’

‘From China or India?’ he asked.

I felt the weight of his words through my defiance and in that moment grasped more deeply than ever the disenfranchisement of the gentle and beautiful Tibetan people I was working with and for. But while China may have stolen the Tibetan’s land and while China may try to crush their spirits, Tibetans have never given up their quest for justice and freedom. And they will never give up until meaningful autonomy and human rights are granted. And their struggle is now my struggle too. And we will never give up.

Donate to support our work