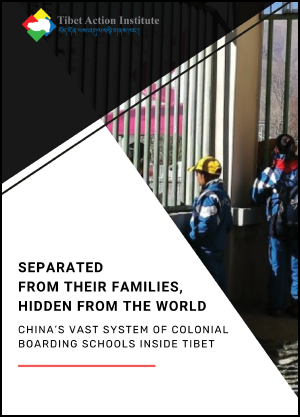 A new report has uncovered the shocking number of Tibetan children currently separated from their families under the Chinese Communist Party’s assimilationist policies.

This report has been researched by Tibet support group Tibet Action Institute and they have found that an estimated 800,000 Tibetan children are in CCP-run boarding schools across Tibet. Given that the population of Tibet is estimated to be around 6.2 million people, this is a whole generation of children that are being separated from their families – and separated from their mother tongue, culture, traditions and religion.