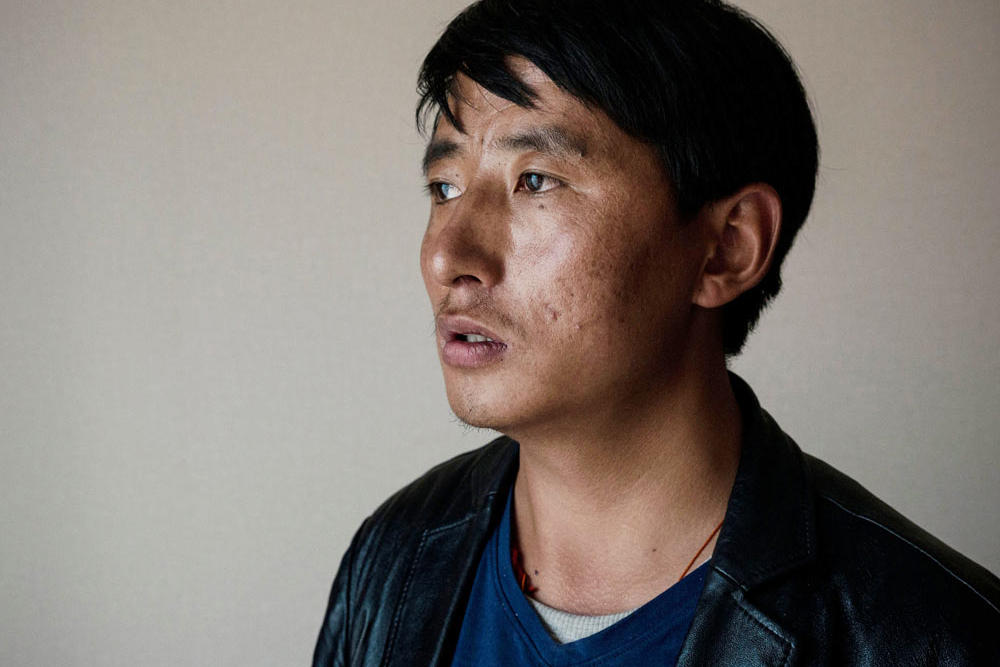 Language rights activist Tashi Wangchuk has finally been released after serving a five year sentence for speaking out about the need to protect and promote use of the Tibetan language in Chinese-occupied Tibet.

His lawyer Liang Xiaojun tweeted news that Tashi Wangchuk was taken to his family in Trindu county in Kham on 28 January. He added that it is not entirely clear how ‘free’ Tashi Wangchuk is due to a lack of contact with his family or photographic evidence of his status.

Tibetans and global Tibet activists expressed concerns for Tashi Wangchuk’s safety and wellbeing, warning his sentence continues with constant surveillance and a deprivation of political rights.

Tashi Wangchuk, a shopkeeper from Kyegundo in Kham, was arrested in 2016 after he featured in a New York Times report about his plight to seek the right for children in Tibet to learn in Tibetan. The video report highlighted Tashi’s journey from Tibet to Beijing to file a formal complaint about China’s failure to support Tibetans’ right to Tibetan language education.

He was detained on 27 January 2016 and held without trial for two years until he appeared in court on 4 January 2018.

Tashi Wangchuk was charged with the highly politically motivated ‘offence’ of “inciting separatism”, a charge that “criminalize(s) the legitimate exercise of freedom of expression and his defence of cultural rights”, according to UN experts. China’s Constitution states that “All nationalities have the freedom to use and develop their own spoken and written languages.”

“Tashi Wangchuk should never have been arrested and imprisoned. His ‘crime’ was to publicly speak out about the right of Tibetans to be taught in Tibetan language in school. Speaking out about Tibetan language rights is not a crime, working to protect Tibetan language rights is not a crime. The injustice of the arrest and imprisonment of Tashi Wangchuk shows that Tibetans in Tibet are suffering dire violations of their human rights situation under the occupation of China. ATC is glad that Tashi Wangchuk is finally free and will continue to fight for the freedom of all Tibetan political prisoners still imprisoned.”

Tashi Wangchuk was tortured and suffered extreme inhumane and degrading treatment during the early days of his detention. He was initially held for a lengthy period in a ‘tiger chair’ where he was subjected to arduous interrogation and was repeatedly beaten. His interrogators also threatened to harm his family.

He was denied the right to see his lawyer on multiple occasions during pre and post-trial, in serious violation of his right to a fair trial.

Tashi Wangchuk’s case has been raised by multiple governments and independent human rights experts. In March 2018 six UN human rights experts expressed serious concern over the ruling by a Chinese court to uphold charges of “incitement to separatism” and called for all charges leveled against Tashi Wangchuk to be dropped. In January 2018, government delegations from the UK, EU, US, Germany, and Canada attempted to attend the trial but were all denied access. Court officials also refused to allow a New York Times reporter into the trial, despite several requests.

China is replacing Tibetan-language schooling with Chinese and coercing parents to send children to faraway residential schools. This insidious plan has been designed to stamp out the next generation of Tibetan speakers and in an attempt to eliminate the Tibetan identity.

China describes the language policies for occupied Tibet as “bilingual education,” but with Tibetan-language schools being forced to close their doors and kindergarten aged children being forced to learn only in Chinese, it’s clear that this is a deliberate effort to strip Tibetans’ language and culture from them.

Tibetans have expressed widespread concern about the increased crackdown on Tibetan language rights, which is resulting in a loss of fluency among the younger generation.