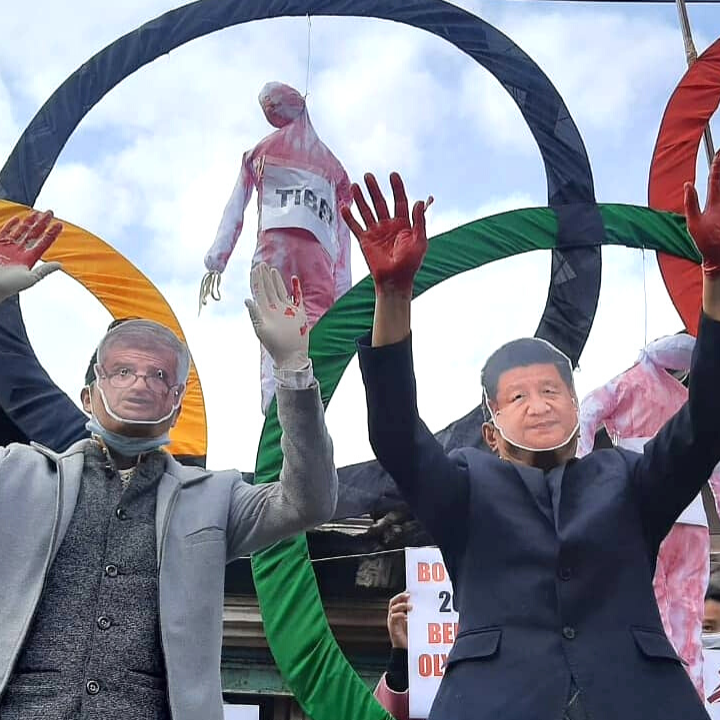 Calling on the Australian Government to boycott the 2022 Winter Olympics in Beijing in protest of China’s human rights abuses and systemic oppression of Tibetans, Uyghurs and Hongkongers.

After almost one year of sustained campaigning, we welcome the announcement that Australia will not be sending any officials to the 2022 Beijing Winter Olympics!

Prime Minister Scott Morrison announced at a news conference on 8 December that no Australian officials will attend the Beijing 2022 Winter Games. He cited concerns over the Chinese government’s ongoing human rights abuses.

This statement is a testament to the tireless work of Tibetans, Uyghurs, Hongkongers, Southern Mongolians, Taiwanese and Chinese people, among others, who have been working hard behind the scenes to urge governments to withdraw support for Beijing 2022.

Not only does this high profile move show solidarity with impacted communities, who have faced the momentous escalation of repression that followed the 2008 Beijing Summer Olympics, it also sets an example for other governments to follow.

Australia now joins the United States, New Zealand, Scotland and Lithuania in not sending government officials to the Beijing 2022 Winter Games. We are watching closely as more governments, such as the UK and Japan, are considering similar moves. Multilateral actions like this send a strong message that human rights abuses against Tibetans and genocide against Uyghur and other Turkic muslims will not be condoned.

Nearly twenty years ago, despite global opposition, the International Olympic Committee awarded China the prestigious 2008 Summer Olympics claiming the Games would have a positive impact on human rights. They were wrong. China has not only failed to improve its human rights record, but an emboldened Chinese government embarked on a sweeping campaign of repression that has now reached an unprecedented low.

The 2008 Olympics heralded restrictions on a range of freedoms and marked the beginning of an intense period of repression in Tibet, but the situation continues to deteriorate, with the new Chinese leadership’s increasingly hostile crackdown on civil society, especially in Tibet and East Turkestan.

Tibet has been transformed into a high-tech surveillance state, sealed off from the world. Tibetans cannot escape, and virtually no one is allowed in.

Currently, over 1,000 political prisoners are facing torture and even death in China. Just last month, in January 2021, 19-year-old Tenzin Nyima died after being brutally beaten/tortured by Chinese authorities after he was detained for simply calling for Tibetan independence.

In East Turkestan between 1.8 and 3 million Uyghurs and other Turkic peoples are being held in ‘re-education camps,’ enduring inhuman treatment and political indoctrination. The United States and parliaments of the United Kingdom, Canada and the Netherlands have  officially determined that the Chinese Government  is committing genocide in East Turkestan.

It is critical that people and governments of the world push back against China’s oppression of Tibetans, Uyghurs and democracy activists in Hong Kong. 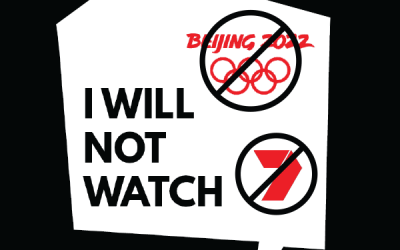 #I WILL NOT WATCH – Actions you can take during the games

END_OF_DOCUMENT_TOKEN_TO_BE_REPLACED 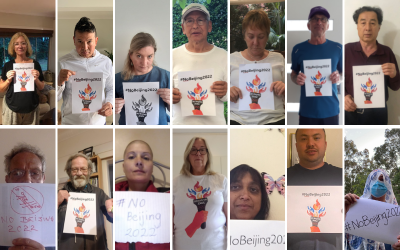 Australia takes a stand for human rights in Tibet

END_OF_DOCUMENT_TOKEN_TO_BE_REPLACED 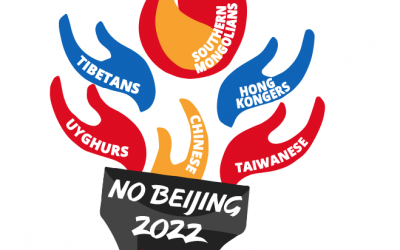 Events took place in 50 cities around the world from Australia to Sweden, Japan to Argentina and New Zealand to Canada on 23 June as part of a Global Day of Action to say #NoBeijing2022