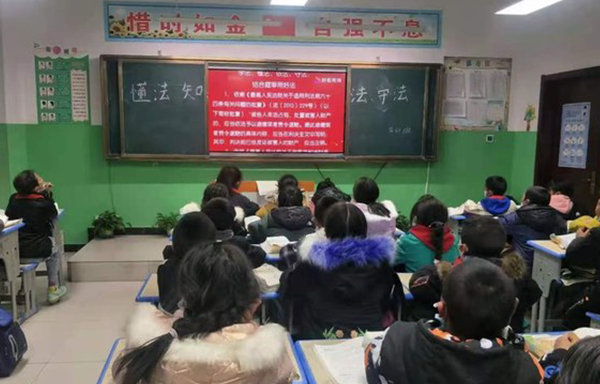 A new report from the Tibet Action Institute, a sister organisation to the Australia Tibet Council, outlines many of the same issues and impacts that were identified in Australia by the landmark “Bringing Them Home” report into the Stolen Generation, and in similar systems in Canada and the US.

The Separated from their Families, Hidden from the World: China’s Vast System of Colonial Boarding Schools Inside Tibet report identifies that there has been an explosion of the number of Tibetan children being housed and educated in Chinese Communist Party-run boarding schools – separated from their family, language, religion, culture, and land.

This report estimates that at least 800,000 Tibetan children are in boarding schools across Tibet. This is a very disturbing number separated from their families considering that the population of Tibet is estimated to be 6.2 million people. Given these numbers, the new report identifies that the implications “… for whole generations of Tibetans and the long-term survival of Tibetan identity are grave.”

The report firmly establishes that the Colonial Boarding School system is a deliberate and blatant act to control Tibetan children from a young age and indoctrinate them into party ideology.

A pattern of destruction

A contributing factor to the explosion in residential schooling is linked to the government’s desire to control Tibetan religious and cultural expression which has seen monasteries, their associated schools, and Tibetan community schools bulldozed and destroyed.

The destruction of monastic institutions arises from the CCP’s paranoia about Tibetan Buddhism. Monks and nuns are being expelled from monasteries because they are seen as a threat to the CCP plans to “sinicinize religions and cultures” and because they are traditionally central to the education of Tibetans and provide moral and ethical guidance to Tibetan society.

The report demonstrates that the sinicization of students and culture is the primary reason Tibetan run schools are being closed. Chinese authorities want Tibetan, and other ethnic minority, children to have an education based only on party propaganda and restricted to the Mandarin language – this represents the sinicization of Tibetan children and culture. It amounts to a key strand in the cultural genocide of Tibet.

There are other attacks on Tibetan culture that are interconnected with the explosion of boarding schools. The issue of Tibetan forced labour, for example, as shown in our work in 2021, where Tibetans are being forced from their nomadic life into cities and factory work, and – as most are deemed to be unskilled – they are sent away to ‘military-style training’ camps, and under the ‘Rural Surplus Labour Program’ are then forcibly sent to mines, railways, dam building, and factories to work. Meanwhile, their children under those same policies are being forced into CCP boarding schools under the guise of ‘looking after the family’.

The impacts on the children, including from the devastating impacts of removal from culture, language, family, religion, and land, are likely to be long term based on studies of the impacts on indigenous peoples in Australia, Canada, and the US.

A long term plan for assimilation

The report highlights that this multi-pronged policy approach “seeks to achieve long-term political control through cultural uniformity, supplanting the identities and distinct cultures of Tibetans, Uyghurs, and other groups under CCP rule with – in Xi’s words – “a strong sense of community for the Chinese nation” in order to ensure the “enduring stability of the Party and the country.”

These policies have been widely employed in the past by colonising forces around the world, including Australia. The report shows that China, through the Colonial Boarding School system, continues to harshly implement and ratchet up these brutal assimilationist policies against Tibetans, Uyghurs, and other ethnic minority groups. The report finds that:

“… an explicit policy of Sinicization is altering fundamental aspects of Tibetan life – language, livelihood, and religion. (Sinicization refers to a focused effort by the Chinese Communist Party (CCP) to bring non-Chinese societies into conformity with Chinese culture, language, and societal norms, as well as to enact ethnic identity acculturation, policies of assimilation, or more direct policies of cultural imperialism.)”

Australia Tibet Council sees this report as important to our work on highlighting the destruction of Tibetan culture via CCP policies in Tibet, including the forced removal of Tibetan Nomads from their ancestral lands, forced labour in Tibet and our campaign to Protect Tibetan religious identity.

When parliament resumes in 2022 we will be taking our concerns on these issues to Australian lawmakers, calling for the  Australian Parliament to support the opening up of Tibet and independent access to Tibet by Australian parliamentarians, diplomats and journalists to investigate these issues.

Please read and share the report and donate to support our campaigns for 2022.